Statements Made While In Custody and The Miranda Decision 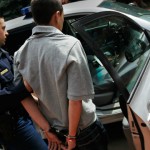 What Does The Miranda Decision actually mean?

Under Miranda v. Arizona, 384 U.S. 436, 86 S.Ct. 1602, 16 L.Ed.2d 694 (1966), statements made by defendant during a custodial police interrogation are inadmissible as evidence in a criminal case unless it is established that the defendant was advised of certain constitutional rights and waived those rights.

“Interrogation” for purposes of this analysis refers not only to express questioning by a police officer but also to words or actions that the officer should know are reasonably likely to elicit an incriminating response from the suspect.

What Then Is Interrogation?

To determine whether a suspect has been subjected to an interrogation, a trial court must consider the totality of the circumstances surrounding the making of the statement, and will focus its examination on whether the specific issue which is:

..whether the interrogator reasonably should have known that his words or actions would cause the suspect to perceive that he was being interrogated.

…. (a)  police officer to whom the statements were made testified at the suppression hearing that, consistent with his practice of letting criminal suspects know what charges they were facing, he had gone to the jail to speak with defendant after he determined that defendant had misrepresented his identity.

The officer testified that he told the defendant that the police knew his true identity and that he now faced additional charges, including criminal impersonation.

The following exchange was then had:

Q: Did Mr. Johnson make any statements in response to that to you?

A: His reply was I’m pretty well f____ed, huh, or something to that effect. I’m not sure exactly what it was.

Q: Did you say anything in response to that?

A: Well, I just kind of laughed with him. I said, “Well, yeah, it kind of sounds that way.”

Q: Did the defendant make any other statements?

A: Well, after that he said, well, I was just scared when I got caught and that’s why I did that.

The lower court – the trial court – denied the motion to suppress. It was conceded that the suspect was in custody and that no Miranda advisement had been given,… the Court still found that…

The Court Applied the Totality of The Circumstances Test

The court found that considering the totality of the circumstances, the challenged statements were not the product of an interrogation because they were not elicited by words or actions that the officer should have known were reasonably likely to elicit an incriminating response.

…and that the encounter was brief and was entirely devoid of the “inherently coercive interrogation practices that Miranda and its progeny traditionally have sought to address.

Never – Ever – Ever speak to the police about your case…. ever.

H. Michael Steinberg has been a Colorado criminal law specialist attorney for 30 years (as of 2012). For the First 13 years of his career, he was an Arapahoe – Douglas County District Attorney Senior  prosecutor. In 1999 he formed his own law firm for the defense of Colorado criminal cases.

In addition to handling tens of thousands of cases in the trial courts of Colorado, he has written hundreds of articles regarding the practice of Colorado criminal law and frequently provides legal analysis on radio and television, appearing on the Fox News Channel, CNN and Various National and Local Newspapers and Radio Stations.  Please call him at your convenience at 720-220-2277

If you have questions about The Miranda Decision in the Denver metropolitan area and throughout Colorado, attorney H. Michael Steinberg will be pleased to answer those questions and to provides quality legal representation to those charged in Colorado adult and juvenile criminal matters.

In the Denver metropolitan area and throughout Colorado, attorney H. Michael Steinberg provides quality legal representation to those charged in Colorado adult and juvenile criminal matters…as regards The Miranda Decision.