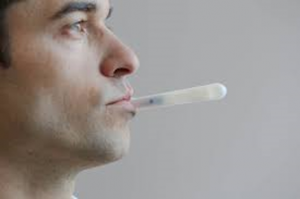 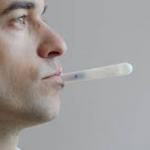 Colorado Probation Criminal Drug Testing – Oral Swab Drug Tests – Are They Accurate? – The decision to miss a UA or refuse a chemical test for drugs while on probation can sometimes be remedied by immediately taking a voluntary drug test at a private lab. The oral swab test for drugs – including marijuana – provides a quick and reliable alternative to the standard UA and it is much less humiliating.

A “saliva” test is an alternative method to test for drugs. It is a “noninvasive” collection of a saliva which is easy to perform and can be taken under the closest supervision.

The presence of certain “analytes” in saliva gives a more accurate indication of recent use of certain drugs (such as marijuana) than urine, therefore there is a higher probability that a subject recently feeling experiencing the pharmacological effects of a drug will be detected – revealed at the time of the sampling.

Saliva tests react to the most common drugs monitored on probation:

As noted above, oral fluid drug detection is considered a better type of specimen than urine for detecting recent use.

Oral fluid testing detects drugs immediately after the most recent use and up to 4 days later. When compared to more conventional drug testing with urine – the latter test is unable to detect usage in the first four hours after use.

However, equally important is the fact that a saliva (oral fluid-based) drug test will not only detect very recent use it can also detect use within the previous few days. Saliva drug tests are also difficult to tamper with and, like urine tests, are performed “on-site.”

Saliva tests provide results similar to the gold standard of drug tests  – the blood test – but are much less invasive.

Over the last 10 years procedures for all types of drug testing have advanced on several fronts. Alternative specimens to blood and urine have advanced the state of forensic toxicology. The use of specimens taken from such sources as hair, perspiration and oral fluid provide non-invasive alternatives to urine and blood with advantages and disadvantages to each.

I have written on the issues surrounding trying to “beat” the UA (urine testing) in Colorado before. UA’s provide opportunities to get into trouble by attempts  to “adulterate” the specimen by trying to substitute fake urine or by drinking large amounts of water. This is not possible with oral fluid specimens.

Urinalysis only measure the by-product compounds of drugs known as “metabolites.” Metabolites do not correspond with impairment levels which is why Colorado uses only blood tests in Driving Under The Influence Of Drugs testing.

The testing device is a sterile, absorbent pad attached to the end of an applicator handle, much like a toothbrush handle.

The pad is placed inside the lower part of person’s mouth, between their teeth and gums on one side.

The person holds it in their mouth for 2 to 5 minutes until it is saturated with saliva.

In most cases the pad is tested immediately on-site and negative screen test results can be provided the same day.

If there is a positive – or “non-negative” result – when you take a drug test – no matter what that test is – a second stage of the process requires a confirming test by a different procedure be completed to make certain the first result was accurate, that is, the “positive” non-negative specimen must be sent to a laboratory for confirmation of the suspected result.

The confirmation of so called “non-negative” results usually utilizes some form of gas chromatography / mass spectrometry. The first stage noted above is called an “immunoassay screening” and does not provide an individual identification of the suspected drug. The second stage then is absolutely necessary to make certain the testing is completely accurate, either confirming and measuring the amount of the drug in the body or proving that the initial non-negative result was a “false positive.”

Saliva Tests And The Active Ingredient In Marijuana – THC

As noted – what is in the blood, will usually be found in the saliva. Delta 9 THC is the parent compound of the active ingredient in marijuana. Levels that can be measured in saliva in the lab range from 0.5ng/mL and higher (1 ng/mL = 1 part per billion). Delta 9 THC has been measured in oral fluid up to 72 hours after smoking.

11 nor 9 carboxy THC is the major metabolite found in urine. Because urine excretion of THC does not decrease consistently – urine screenings may fluctuate between negative and positive during the detection window. Urine is routinely used to test for drugs of abuse such as the amphetamines, cocaine and metabolites, opioids such as morphine, methadone and heroin, and for cannabis.

The advantage of oral fluid testing is it has the ability to detect drug use within the first few hours after use. This is a window of time that is not provided by urine test results.

Oral fluid testing can also detect most drugs such as THC from 1 to 4 days after last use. Next to blood, oral fluid testing is currently the best non-invasive testing method for both impairment and post- car accident testing.

The reader is admonished that Colorado criminal law, like criminal law in every state and at the Federal level, changes constantly. The article appearing above was accurate at the time it was drafted but it cannot account for changes occurring after it was uploaded.

Never stop fighting – never stop believing in yourself and your right to due process of law. You will not be alone in court, H. Michael will be at your side every step of the way – advocating for justice and the best possible result in your case. H. Michael Steinberg is passionate about criminal defense. His extensive knowledge and experience of Colorado Criminal Law gives him the edge you need to properly handle your case

ABOUT THE AUTHOR: H. Michael Steinberg – Email The Author at hmsteinberg@hotmail.com – A Denver Colorado Criminal Defense Lawyer – or call his office at 303-627-7777 during business hours – or call his cell if you cannot wait and need his immediate assistance – please call 720-220-2277.

You should be careful to make a responsible choice in selecting a Colorado Criminal Defense Lawyer. We encourage you to “vet” our firm. Over the last 30 plus years – by focusing ONLY on Colorado criminal law – H. Michael has had the necessary time to commit to the task of constantly updating himself on nearly every area of criminal law, to include Colorado criminal law and procedure and trial and courtroom practice. H. Michael works hard to get his clients the best possible results in and out of the courtroom. He has written, and continues to write, extensively on Colorado criminal law and he hopes this article helps you in some small way – Colorado Drug Probation Criminal Testing – Oral Swab Drug Tests – Are They Accurate?

Article Name
Colorado Drug Probation Criminal Testing - Oral Swab Drug Tests - Are They Accurate?
Description
The decision to miss a UA or refuse a chemical test for drugs while on probation can sometimes be remedied by taking a voluntary drug test at a private lab. The oral swab test for drugs - including marijuana provides a quick and reliable alternative to the standard UA and it is much less humiliating.
Author
H. Michael Steinberg