In Massachusetts – a state I am very familiar with – (I was raised in Boston) – a police chemist is caught falsifying lab test results. What this means is that thousands of criminal cases will now be challenged. 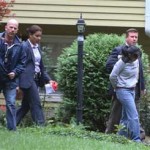 How many plea agreements were based on the falsified results and tainted samples?  How many juries were persuaded by fraudulent evidence and supporting testimony?  How many cases were filed when only trace amounts of controlled substances were “found” where they never were left?

The start – already 200 inmates have been released as result of drug lab scandal.

Investigators are looking at least 34,000 cases. According to news reports – the focus has been on about 2,000 defendants who are in prison or awaiting trial.

The state chemist – Annie Dookhan, of Franklin, Mass. Dookhan will most likely be charged with several felonies herself.  She will be accused of faking drug results, forging signatures and mixing samples a state police lab.

While Mass. officials have ordered a “file-by-file review” of every case handled by the chemist,  she worked there for nine years and investigators said she may have manipulated drug samples the entire time.

Drug Lab Fraud And The Department of Health

Like Colorado, this drug testing lab is overseen by the Department of Public Health. This one has now been closed and testing has been turned over to the state police.

Rep. Harold Naughton, House chairman of the Committee on Public Safety and Homeland Security had this to say:

Very few issues strike at the heart of the fairness of the criminal justice system more than tainted police or lab tech testimony. Very few issues rattle the lawyers who routinely – because of a lack of client resources as well as the refusal of the state to pay for retests – rely on state run chemical tests on seized evidence.  This kind of scandal has reverberations all across the county and mandates the retest of state seized drugs by a second independent lab at state expense.

The time is now to pass legislation stopping Drug Lab Fraud in every state – including our state – Colorado.